In the video she is playing a HHSI Student Otway harp (on loan from The Historical Harp Society of Ireland), made by David Kortier (USA) and modelled on the Otway harp. The Otway (or Castle Otway) harp, was once owned by Oriel harper, Patrick Quin, and is now owned by Trinity College, Dublin.

‘Edward Bunting collected this air, Saely Kelly (Sally/Síle Ní Cheallaidh) from ‘P. Linden, at New Town Hamilton, County Armagh, in 1802‘. It is listed in the index to Bunting’s Ancient Music of Ireland as having been composed by Thomas Connellan in 1660. Bunting also collected another tune from Patrick Linden in the same year, the air Miss Hamilton, said to have been composed in 1702 by Cornelius Lyons.

Saely Kelly appears a number of times in Bunting’s surviving manuscripts, under a number of slightly different titles.

On p. 24 of Bunting MS 29, the tune appears with the title Miss Saely Kelly or Sally (Toby Peyton is also written here, but not on any of the other sources). This version seems to be a first draft. The outline of the first part of the tune is marked out in dots. Underneath, the tune is written in full (tune only), but at bar 15 he inserts a treble clef, and the tune from this point on seems to be written a note higher than the first 14 bars. On closer examination, it looks like Bunting has corrected himself by indicating a C clef at the beginning (where the middle line is C, although probably an octave higher than middle C in this instance) for the first part of the tune. No time signature is marked, but it is mostly fits in 4/4.

There are two titles written above this draft: Plangsty Ward and Miss Saely Kelly. Whilst the title Saely Kelly (or variants of it) is used each time this tune appears in Bunting’s manuscripts, the title Plangsty Ward only appears here.

In Bunting MS 33(3), on pages 16 & 17, the tune appears again, but this time with a bass added. The title is given as Sally Ni Cheallaidh or Sally Kelly. Again it is in 2/4, with an F sharp in the key signature. This time he is more consistent with adding C sharps, but he adds them as accidentals, not in the key signature. An F sharp key signature would imply E minor, but the presence of the C sharps actually suggests E Dorian, with the raised 6th. There are slight variations in the tune in bar 19, and slight variations of rhythm, but otherwise this is very close to the manuscript 29 drafts.

‘From Charles Byrne County Leitrim‘ is written below the tune. It is possible that Bunting got this tune from Charles Byrne as well as from Patrick Linden, as there are other examples of him having collected the same tune from different people.

I have used elements from these three drafts to create the version I played. I have set it down a note,  in D (Dorian), so it does not require a C sharp, which would be uncharacteristic for an early Irish harp. The bass hand accompaniment is my own.

These versions are all quite different from the published version of Saely Kelly which appears on p. 27 of Bunting’s Ancient Music of Ireland (1840).

In the introduction, the tune title is given as Sheela ny Kelly and Sarah Kelly. It is written here that ‘the air is by Thomas Connallon‘ and that Carolan composed words for it. The most significant feature of this version is that there are examples of the bass hand crossing above the treble, a technique referred to as Malart Phonck. What is unclear is whether this was how Patrick Linden played it, or whether Bunting used Saely Kelly as an example, to illustrate his understanding of this harping technique, theoretically.

In the introduction (referring to his piano arrangement of Saely Kelly on p. 27) Bunting writes, ‘Part of it is played by crossing the hands, technically called in Irish, Malart Phonche, and shews the degree of perfection to which the older harpers carried their performances.‘  However, his piano arrangement is unsuitable for an early Irish harp; the key and use of accidentals are not possible for this instrument.’

BUNTING, E. (1840). The Ancient Music of Ireland, Arranged for the Piano Forte. Dublin. 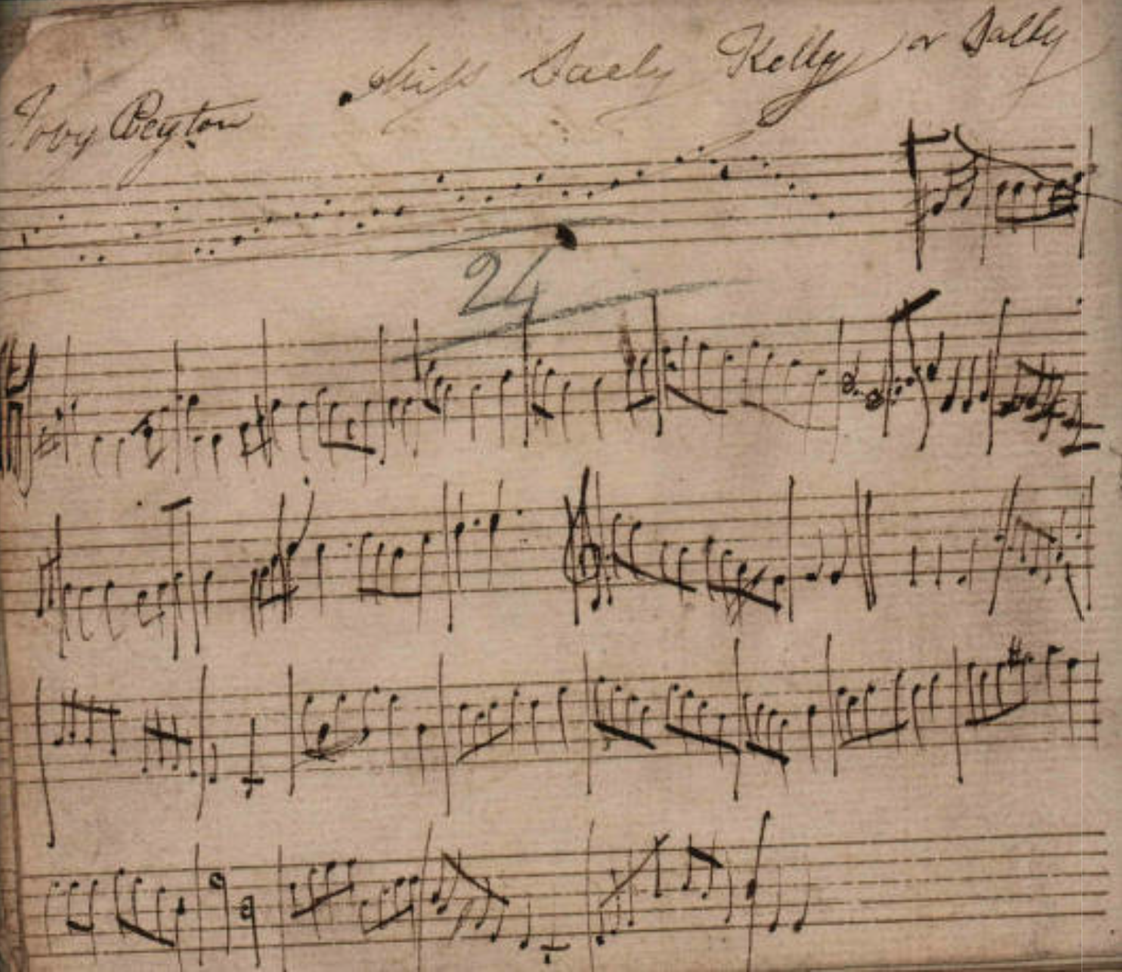 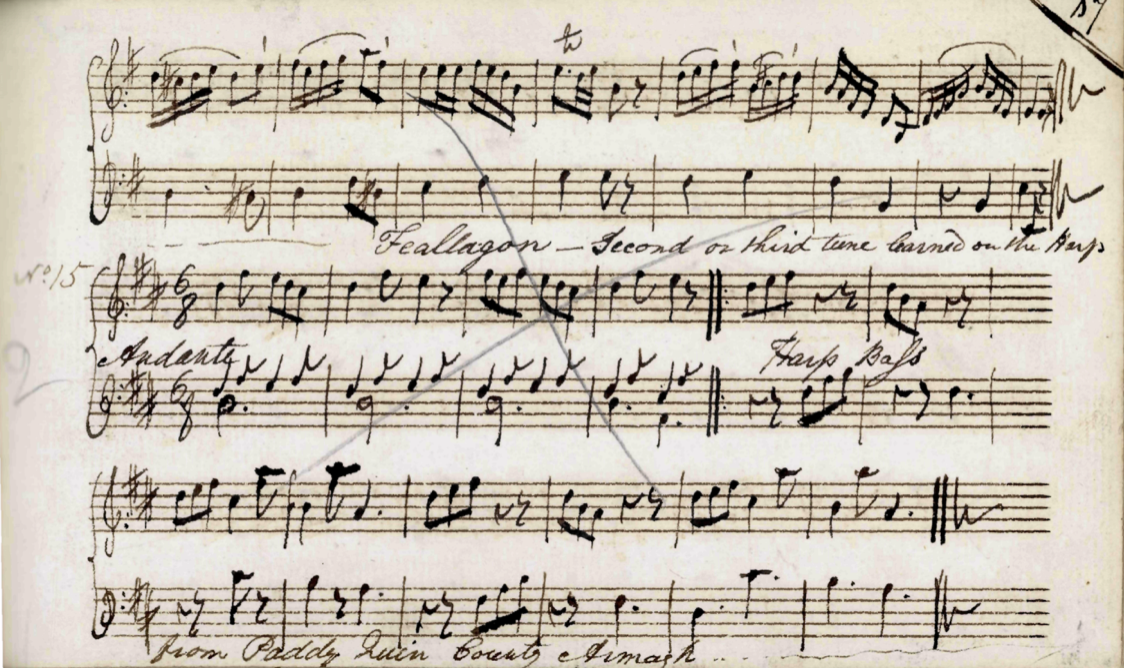