Oriel Harpers and others

Names which have emerged as being associated with the harp tradition in Oriel include the following harpers and poets.

Further information on the key figures in the harp tradition of Oriel can be accessed on this site by clicking on each name link here.

ORIEL ARTS harper, Sylvia Crawford contributes a commentary below on the wire strung  Early Irish Harp, which is the instrument the harpers would have played in Oriel.

Pádraig Mac Giolla Fhiondáin who died in 1733 was a poet and harper-composer from County Armagh, also known as Pádraig na gCláirseach – Patrick of the Harps. He was referred to by James Hardiman in Irish Minstrelsy as ‘Patrick Linden of the Fews in Armagh – a sweet lyric poet.’

Click here for video of air collected from him: Saely Kelly

Molaí Nic Giolla Fhiondáin, the elder Pádraig’s daughter, also a composer, poet and harper and the only female harper that is known in Oriel to date, other than reference to her grandmother Siubhán Nic Ardail as a fine poet, historian and musician. Arthur O’Neill played her composition Coillte Glasa a’ Triúcha

Click here for video of song composed by her: Coillte Glasa a’ Triúcha

Wiliam Carr, County Armagh was born in 1777 and was the youngest to attend the Belfast Harper’s Convention 1792, aged 15.

Patrick Quin /Pádraig Ó Coinn was born 1746 and was from County Armagh.  He attended the Harpers Assembly in Belfast in 1792 and was taught by Patrick Linden above. Music played by him was collected by Bunting.

Click here for videos of airs collected from him: Lochaber and Marbhna nó Cumha

Patrick Byrne /Pádraig Ó Beirn died in 1863. He was from Farney in County Monaghan and was a student in the Belfast Harp Society in 1821. He played and sang in Irish to his own accompaniment. A few of his airs were written down and some of his repertoire has been listed.

Click here for video of air collected from  him: Nurse putting a child to sleep

Hugh O’Hagan/Aodh Ó hAgáin was from Dundalk and died 1880.  His harp was made by Francis Hewson, (AHU p.357) which later came into the possession of the song collector Enrí Ó Muiríosa (AHU 363-5).

Séamus Dall Mac Cuarta died in 1733 and was from Omeath in County Louth. He wrote songs for harp accompaniment that survived in the song tradition and in Bunting’s manuscripts. He collaborated with Pádraig Mac Giolla Fhiondáin.

Peadar Ó Dóirnín died in 1769 and was from County Armagh. He was known as a poet, but there are references that both he and Mac Cuarta were song-poets who played the harp. Some of the airs and lyrics of their songs were written down at the Belfast Harpers Assembly in 1792.

Click here for video of lyrics but not air written by him: Úr Chnoc Chéin Mhic Cáinte 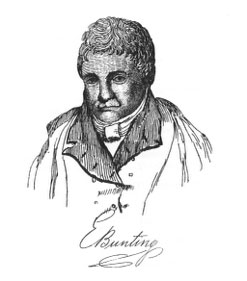 Edward Bunting who died in 1843 and was from County Armagh. He was a musician but was not a harper. He was the main collector of harp music in Ireland. His collections included Oriel airs and songs from 1792 -1840. He also lived for a period as an organist in Drogheda, County Louth (AHU 372-73)

Other musicians and Oriel

Although not from Oriel, the following three renowned musicians are associated with the harp tradition in Oriel 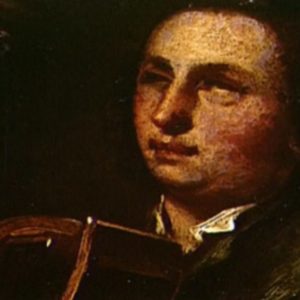 Carolan who visited Oriel c.1720. Detail from a portrait in the National Gallery of Ireland. Painted from Life by Francis Bindon (1690-1765)

Toirdhealbhach Ó Cearbhalláin also met with Mac Cuarta and Pádraig Mac Giolla Fhiondáin in the MacNeill house in Ballymanscanlon, County Louth, sometime before 1733, where they shared songs and airs, and which also resulted in a number of new compositions from all three. He composed songs for Oriel gentry. His music was played and sung in Oriel.

Art Ó Néill was from County Tyrone and he frequented Oriel; met (young) Patrick Linden and wrote about him in his Memoirs. His harp pupil, Edward McBride was tutor to Patrick Byrne in the Belfast Harp Society until 1821. O’Neill also played an air composed by Molaí Nic Giolla Fhiondáin called the Green Woods of Trugh, winning for himself the princely sum of eight guineas. The air of The Hawk of Ballyshannon or Caitríona Ní Mhórdha by Carolan, which is a song that survived in the Oriel song tradition until 1931, was collected O’Neill by Edward Bunting in 1792.

Click here for video of air in Oriel song tradition collected from him: The Hawk of Ballyshannon (Katherine O’More). 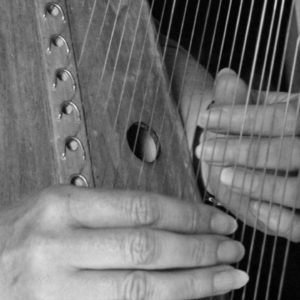 ‘Unlike the song and fiddle traditions, the Irish harp does not survive in a continuous, unbroken tradition. The harp was a high status instrument in Ireland for many centuries, with a highly developed oral tradition. However, by the end of the eighteenth century, the Irish harp, was dying out. Various attempts were made throughout the eighteenth and early nineteenth centuries to revive the old traditions, but these proved unsuccessful for a number of different reasons.

The early Irish harp, played by the harpers recorded in A Hidden Ulster, and featured on this ORIEL ARTS website, was different in many ways from modern harps. The early Irish harp has metal strings, tuned diatonically, with no mechanisms for altering the pitch of a string, other than the tuning pegs. Two strings in the middle range of the harp are tuned to the same pitch, referred to as ‘na comhluighe’ (or ‘sisters’ or ‘lying together’). It is traditionally played on the left shoulder, (the opposite to modern Irish harps), with the left hand in the treble and the right hand in the bass. At the gathering of harpers in Belfast in 1792, only one harper, Dennis O’Hampsey, the oldest, played with the old fingernail style.  All the other harpers played with their fingertips.

Because the oral tradition for the harp was lost, practitioners of this instrument rely on early manuscript sources and written accounts of the playing of the early harpers, for the reconstruction of this tradition, both for repertoire and for insight into playing techniques. The value of Edward Bunting’s work lies primarily in his field transcriptions of tunes taken directly from the old harpers, and in his observations of their manner of playing.

Although incomplete and second hand, this is, nonetheless, a very valuable source. Other aspects that contribute to the process of reconstructing the harp tradition, include a knowledge of related traditions (particularly song and piping, which remain unbroken and which have archive recordings and manuscript collections), examining the surviving harps that are housed in museums, making and playing replicas of these harps, examining the portraits of the old harpers with their instruments for indications of posture and hand position, etc.’