Nurse Putting the Child to Sleep

In the video she is playing a HHSI Student Otway harp (on loan from The Historical Harp Society of Ireland), made by David Kortier (USA) and modelled on the Otway harp. The Otway (or Castle Otway) harp, was once owned by Oriel harper, Patrick Quin, and is now owned by Trinity College, Dublin.

‘This piece of music was collected from Oriel harper, Patrick Byrne by Edward Bunting in 1841.

My attention was first drawn to this tune by Ann Heymann, a number of years ago, during a class at Scoil na gCláirseach, the annual summer school for early Irish harp, organised by The Historical Harp Society of Ireland.

The source for my setting is from Bunting MS 30/016, which is available online from Queen’s University Belfast. The MS 30/016 version is a piano arrangement, but Nurse Putting the Child to Sleep never actually appeared in any of the Bunting publications. The air also appears in MS 12/6, the first four bars of which are transcribed by Colette Moloney. ‘P. Byrne 10th May 1841‘ is noted on the manuscript.

From the note on Bunting MS 12/6 we know that Bunting got this tune from the playing of the harper Patrick Byrne, who is famous for being the first Irish harper to be photographed, but it is now known that he was the first Irish traditional musician ever to be photographed (Ní Uallacháin, 2005. p. 355). He was blind from the aged of two with smallpox and, until the age of seventeen, he spoke only in Irish, and had no knowledge of English.

From a letter to Patrick Byrne from Edward Bunting, dated 29th May, 1840, we know that Byrne sang in Irish, as he played the harp. ‘I conceive it to be a matter of much moment that we should have in you a performer yet remaining capable of giving due effect to the primitive airs of our country, your being able to accompany them with your voice in the words of their native language.’ (Ní Uallacháin, 2005, p. 354). T

This is helpful as it suggests that the only two pieces recorded from Patrick Byrne in Bunting’s manuscripts might also have been sung by him. Nurse Putting the Child to Sleep is mentioned in A Hidden Ulster on p. 355, along with another tune called Rose McWard.

For my arrangement of this air, I did not follow Bunting’s piano arrangement, as the many accidentals suggest that this was not how Byrne could have played it on his harp. I created a simple, uncluttered bass-hand accompaniment, to match the simplicity of the air, which has the quality of a lullaby.

The notation which accompanies this text shows the unaccompanied melody, which I extracted from Bunting’s unpublished piano arrangement, (MS 30/016).’ 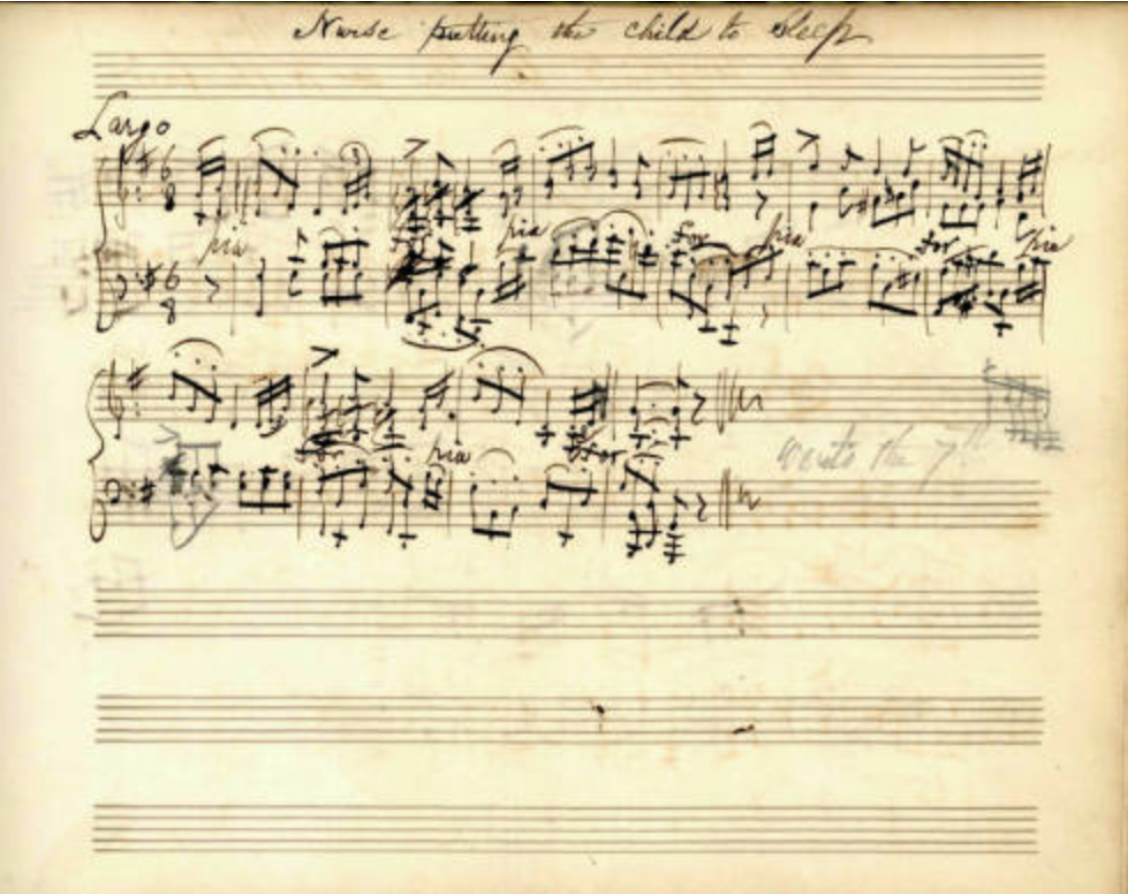